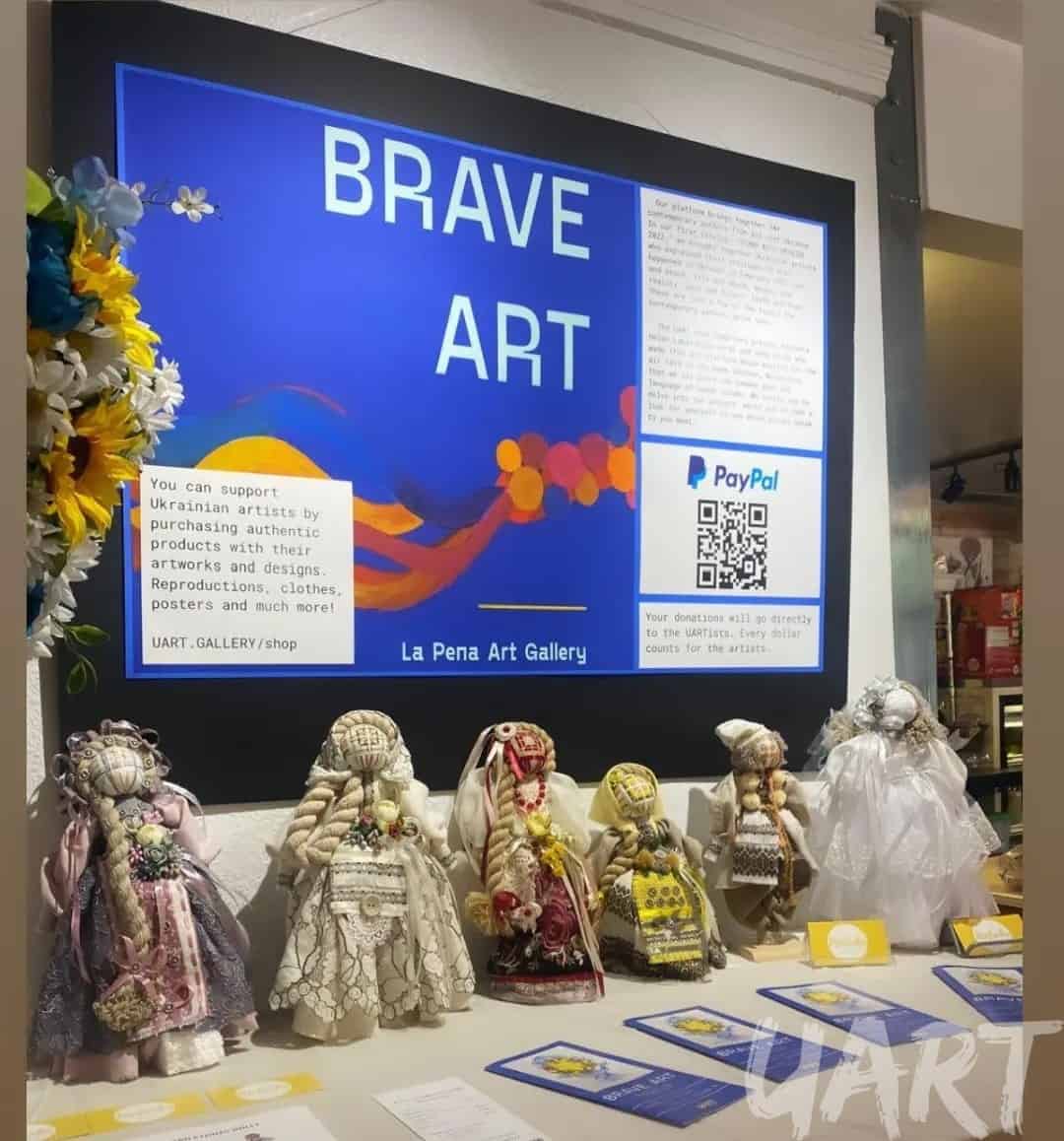 The whole world unites in thoughts, as on our exhibition wish board, speaks in different languages, but about the same. Different people of different countries are unanimously on our side, on the side of peace, truth, development, civilization. They help the indomitable society of the indomitable country to finally win victory and win peace. And this peace will surely come soon. This is Brave Art is all about.

We want to thank Ukrainian artists for participation and donating their artworks:

A few days ago we’ve started a very special event for us, the Brave Art exhibition in Austin, Texas. 🇱🇷

Making exhibitions every month, we’ve managed that cultural events unite people of any age, profession and views. The assets of Ukrainian culture cause very bright emotions to our viewers.

So this time, the unity of views towards Ukrainian art is so convincing that the gallery, which usually accepts only Latin American artists, decided to give in to its rules and kindly provided a platform for the collective exhibition 🟡 UART for this time.

Despite the fact that the city of Austin is one of the most developed modern metropolises of Texas and is a center of high technology, the selection for the exhibition was based on ethnic themes mainly. We understood that we will show Ukraine’s present in future projects. So being on the lands of ancient settlements that are more than 10 thousand years old, it was impossible not to reveal the Ukrainian theme through images and symbolism. And for a good reason! Our visual and mythological folk essence has a lot in common with Latin American and even more with the ancient culture of this region. Local viewers felt this unity at first sight, talking about common features, both visual and generally archetypal.

🙌🏼 We invite Austinites to see the works of Ukrainian artists in the La Peña Art Gallery to the Brave Art exhibition, and everyone else to see the cultural community of the capital of the southern American state.

UART participation at the Etna in Scena festival (Sicily, Italy)